However, the area is also known for its attractive mountain vegetation, which, together with its openness, the friendliness of the people and the delicious local products, make it a perfect destination.

The meeting of the Atlantic Ocean and the Mediterranean Sea makes for mild temperatures practically year-round. This special climate means that weddings at the Barceló Costa Ballena can be held outdoors from early in the day and allows the festivities to last well into the clear starry nights.

There are a number of interesting cities and towns of heritage and cultural significance in the Costa Ballena region. Cádiz, the eponymous capital of the province, is well worth a visit. This port city has numerous monuments and historical remnants due to the influence of many cultures, such as Arab, Roman, Visigoth and Phoenician. This cultural wealth is felt through the places, flavours and traditions of this beautiful city and other nearby destinations. It is definitely worth enjoying the charm and history of the many typical white villages that reflect the magic of the light along this part of the Atlantic coast.

You must see…
The secrets of Andalucia 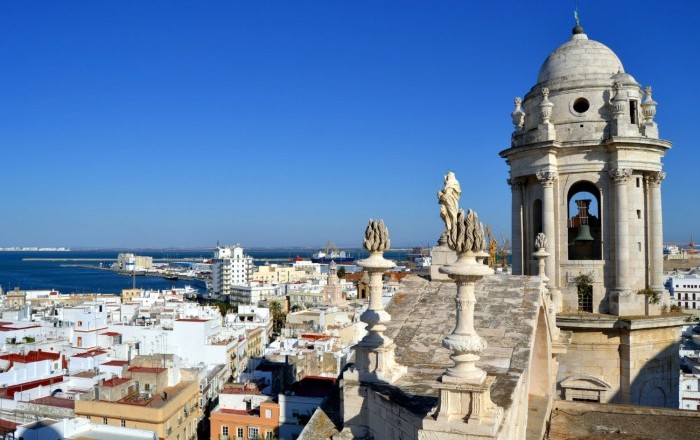 Known in Spanish as the Tacita de Plata (silver cup), Cádiz is considered the oldest city in Western Europe. It was founded by the Phoenicians in 1100 BC and contains archaeological remains that date back around 3100 years. Its long history covers episodes of great importance, such as its role in the Punic wars, the Romanisation of Iberia, the discovery and conquest of America and the establishment of the liberal regime in Spain with its first constitution, which would influence subsequent constitutions of Spanish colonies as they gained independence.

Its geographical location has been crucial for the strategy and development of these and other events, as well as for the passage of numerous cultures and civilisations. Situated on an isthmus, the city faces the estuary of the Guadalete River and is surrounded by the Bay of Cádiz Natural Park, 124 km from Seville. It was originally a small archipelago (known as Gadeiras) but later became a single island, subsequently known as the Tacita de Plata. In fact, the area formed by Cádiz and San Fernando is separated from the Iberian Peninsula by the Caño de Sancti Petri (a shallow channel), leaving the city divided.

This feature makes up one of Spain's most beautiful and unique cities, home to numerous plazas, gardens, churches and other sites that recall its illustrious past and the great diversity of cultures that have passed through. It is certainly worth walking through the old town with its beautiful buildings and colonial-era houses. Places of interest include the neo-Moorish Falla Grand Theatre, the Cádiz Cathedral, which looks towards the new world from the iconic Paseo de la Caleta and its historic baths, the Genovés Park and the Viña neighbourhood with its typical fish restaurants.

In addition to its historical heritage, Cádiz is so attractive because of its friendly, lively people. So, if you want to make the most of what is has to offer, it is worth dropping in on Los Carnavales, the city's famous carnival, which has been declared of International Tourist Interest by the Spanish government. Cádiz throws itself into the festivities, aided by the famous chirigotas (satirical performers). 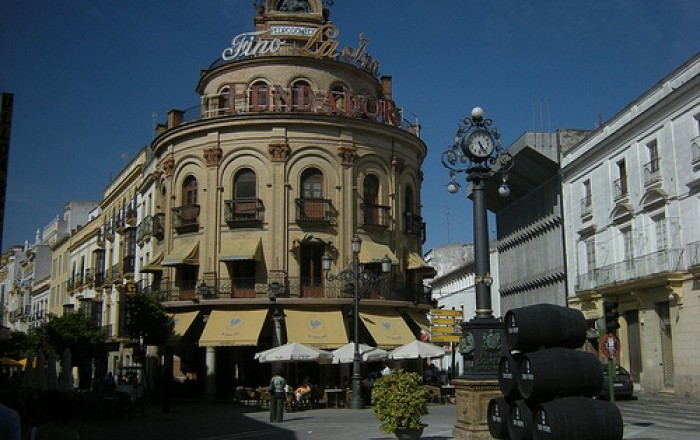 Declared an official Historic-Artistic site, Jerez de la Frontera is one of the most attractive cities in the province of Cádiz. Its international renown is due to the incredible equestrian shows put on by the Royal Andalusian School of Equestrian Art and the Yeguada Hierro del Bocado (a stud farm for Carthusian horses), its designation of origin wine and displays of the purest flamenco. Its charming historical centre features churches, palaces and unique buildings that sit among orange trees and fountains along plazas, streets and corners. Other interesting sites include museums and interpretative centres dedicated to bullfighting, horses, flamenco and wine, where you can learn about the traditions and heritage of the region.

Jerez de la Frontera also has other grand attractions, such as its world famous racing circuit, which holds various motorsport events throughout the year. Then there is the Zoobotánico, where children and adults alike can enjoy one of the most complete zoological collections in the country, as well as numerous farms, haciendas, ravines and nature sites ideal for the active tourist. The city peaks during Easter and the Feria de Caballo (Horse Fair) held in May. 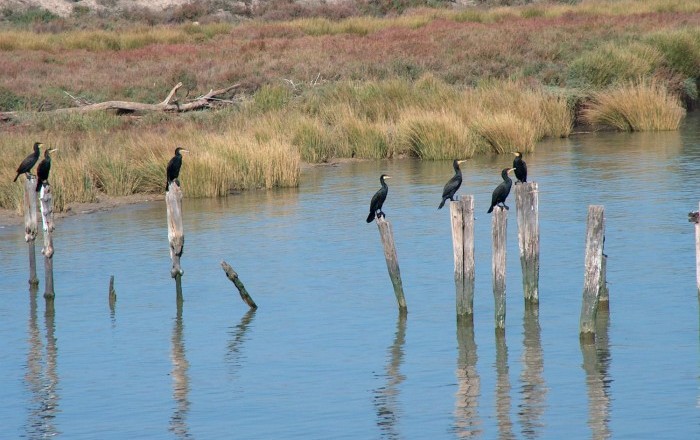 The Doñana National Park is an area of great beauty and ecological value. In fact, it is the most important protected area in Spain and one of the largest natural reserves in Europe. It covers nearly 300 thousand hectares, most of which is in the province of Huelva. It was the former hunting ground of Spanish royalty and was declared a national park in 1969. It is currently home to 365 bird species, many of them endangered, and is the wintering site for more than 500,000 birds every year. Doñana also hosts 21 reptile, 11 amphibian, 20 fresh water fish, 37 non-marine mammal (including the Iberian lynx) and some 900 plant species. 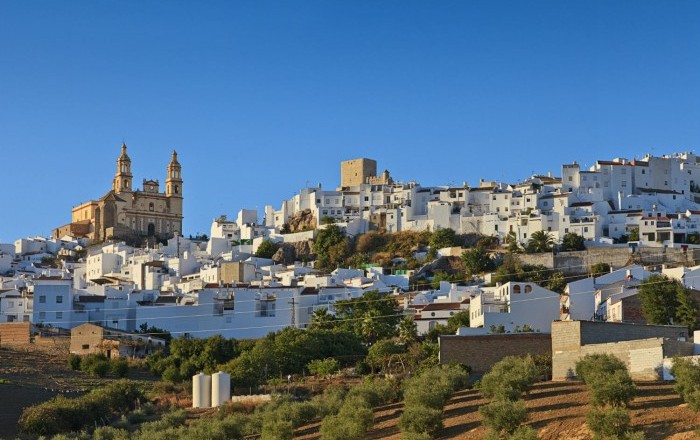 The Route of the White Towns

The white towns are named for the walls of their houses, which are whitewashed to keep out the heat. Many of these towns are part of the Sierra de Grazalema Natural Park, which gives them additional tourism value. 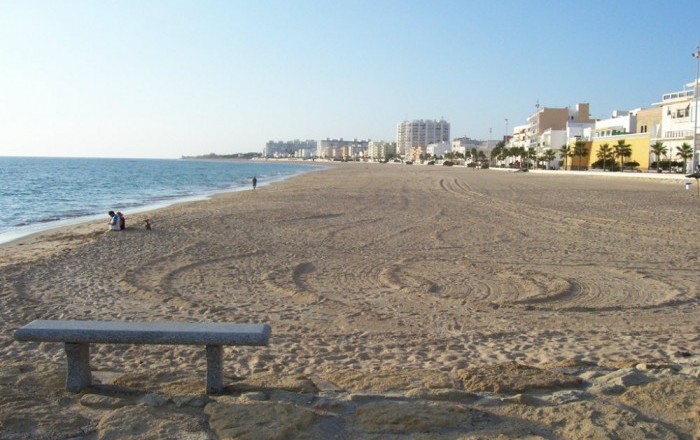 The city of Rota is situated at the northern end of the Bay of Cádiz on flat coastal land notable for its long beaches and dune formations. Although Rota originated in Phoenician times, it was in the Muslim and Christian conquest era when it became a true town.  Some of its places of interest include the Luna Castle, the church of Nuestra Señora de la O and the chapel of San Juan Bautista. 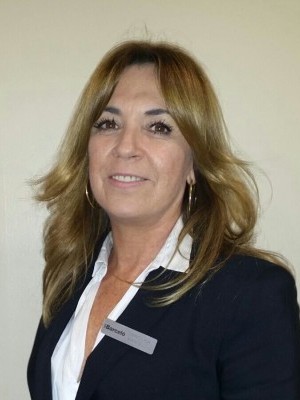 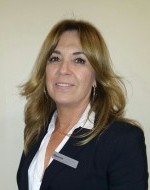